Home » Super Bowl Ads: Are they Worth the Price Given the High Cost and Drop in Viewers? 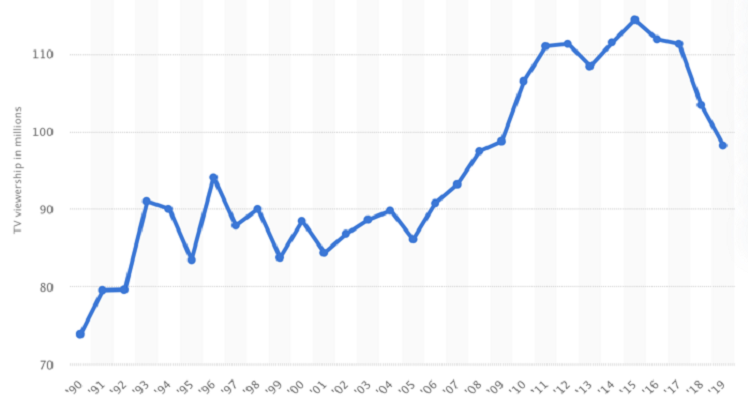 Super Bowl Ads: Are they Worth the Price Given the High Cost and Drop in Viewers?

An annual question advertisers ask is whether Super Bowl ads are worth the money.  Obviously, the answer depends on the product and the ability of an ad to generate sales, both in the short or long run .

But, there are some interesting facts worth considering regarding the Super Bowl, specifically, as the Stastati chart above shows, viewership is dropping; plus, one report states that ViacomCBS is charging $5.5 million for 30-second spots during Super Bowl 2021

Search Engine Journal has a report noting that a dozen brands are skipping Super Bowl LV, according to Jeanine Poggi of Ad Age.

Is there a fundamental shift underway in the way advertisers view the Super Bowl, given diminishing viewership, the current economic environment, and a shift to more measurable social media options? We won’t know until we see a list of those advertising in or around the 2022 Super Bowl.