Home » Up Close and Personal: Getting to Know Kevin McFadin, an Illustrator/Designer 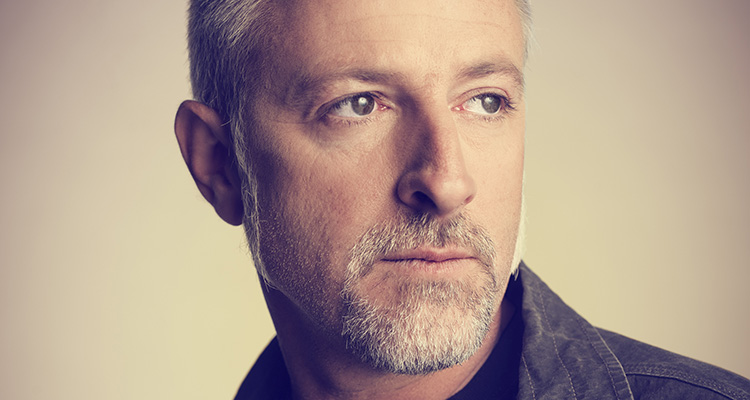 Up Close and Personal: Getting to Know Kevin McFadin, an Illustrator/Designer Capitol Communicator is running a series of profiles of communicators in the mid-Atlantic. In this “up close and personal” profile, we feature Kevin McFadin, an illustrator/designer based in Richmond, Va.  Photography for this series is by Cade Martin; wardrobe styling by Pascale Lemaire for THE Artist Agency; and hair and makeup by Patti D Nelson and Janice Kinigopoulos for THE Artist Agency.

Kevin, please tell us a bit about yourself.

My first real gig was as a staff page designer/illustrator at a small newspaper in Palo Alto, California, followed by work at papers in Maine and Pennsylvania.  I then went to Bremmer & Goris Communications in Alexandria, Virginia, as a designer and moved to art director there. I also helped my wife get her shop – Fan Works Design – going in Richmond and I still spend a great deal of time as her partner. The rest of the time I’m ‘president’ doing freelance and illustration under my name.

There’s not a lot of time left over outside of work and home. I’ve been a member of The Illustrators Club of Washington, Maryland and Virginia, since relocating to Virginia. I also host the show ‘Sunrise Ocean Bender‘ and volunteer at WRIR 97.3 FM, Richmond’s community radio station, where I was program director for a spell. The show has recently branched out to a record label under the same moniker with a colleague, Robert, which obviously demands a great deal of time. So, I guess you should add the title ‘Label Boss.’

As trite as it may sound to some, without question it’s my daughter … and the next record I’m putting out. And the one after that!

I’d have to say that professionally, they have been fairly indirect to my career. I’ve always been a music fanatic, and with the show and now label, I’ve met some amazingly talented musicians, label bosses, writers, music-heads; as well as designers and illustrators. They’ve provided me some unique perspectives into the creative process I can apply elsewhere. There have been others, personally, but their influences are pretty oblique and wouldn’t make sense without a lot of tedious explanation and a map. Better yet, I know someone who could do an infographic.

Recently, one that has repeatedly bubbled up in various forms that has become more and more relevant has been ‘If I can do it, you surely can.’ And of course, “Make good choices.”

The concept of just being an ‘idea’ person is a dangerous one – if you can think it up, you best be able to realize it on some level. And, from my days in the newspaper trenches where you are relentlessly on deadline, there is no excuse for missing one.

What advice do you have on what’s appropriate attire in business?

For me, whatever is comfortable; but being with someone who feels uncomfortable in what they wear is contagious. Certainly, first impressions are important, but they are made by far more than what you wear if the person looking is paying attention.

Where do you buy most of the business clothes you wear?

Honestly, I don’t put much stock into clothes. It all gets silly real fast and there are more pressing priorities to me. If it looks comfortable, functional, hopefully decent, and can take punishment from the dogs, I’m usually in … if my daughter and wife don’t raise serious objections.  I guess I stay under the radar and close to the ground, where it’s safer – I was once told I was so nondescript that I made it into a style … so there you go!

I’ve realized as I’ve gotten older that winning the Kellogg’s Stick Up for Breakfast contest as a kid was a milestone that really hasn’t been touched.