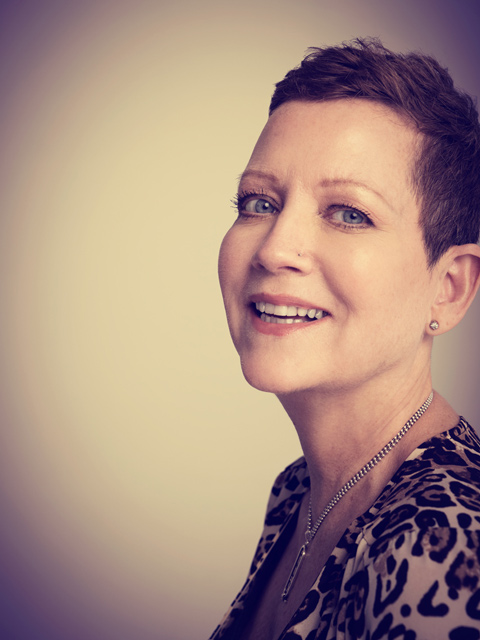 Capitol Communicator is running “Up Close and Personal” profiles of communicators in the mid-Atlantic. In this profile we feature Sheila Hayes. Photography for the series is by award-winning Cade Martin, wardrobe styling by Pascale Lemaire and Sybil Street for THE Artist Agency; and hair and makeup by Patti D Nelson, Janice Kinigopoulos and Lori Pressman for THE Artist Agency.

I have always been a writer. My letters to Santa were legend in my family (they were also neatly typed; I needed to stand out among seven siblings). I had visions of being a glamorous reporter like Brenda Starr who, incidentally, I was introduced to via the comics in The Washington Post, the paper my older brothers delivered. In junior high, I had my own paper route. In college, I was a journalism major with a graphic design minor, and worked nights at a publishing shop, typesetting – look it up!- scholarly books and journals. So while I’ve only very recently landed in what may well be my dream job at The Washington Post, it feels as though I’ve been heading here all along.

As a creative director for The Post’s marketing team, I concept and write email and digital marketing campaigns, and provide creative direction and positioning for big picture brand work, targeting both existing and potential subscribers, and crafting fresh and different ways to communicate to our audience.

My background reflects a unique cross-section of TV, marketing and advertising, PR, politics, and the music industry. I’ve been a designer, a copywriter, a communications director, and a creative director. In a 14-year career at Discovery, I worked on promotions for every network in the portfolio, from killer sharks and serial killers to sister wives and psychic mediums. And prior to Discovery, I spent four years in a completely different role – as communications director for the Outdoor Advertising Association of America. Prior to that … it’s all on LinkedIn!

I’ve had the honor of being a three-time judge for the Alliance for Women in Media’s annual Gracie Awards, recognizing the great programming out there created by women, for women. I love the mission of the AWM, and the focus on women making positive change. Coincidentally, Gracie also happens to be my dog’s name, which leads to my next point: I advocate and support many amazing rescue organizations, like Worthy Dog Rescue, which is where my Gracie came from.

What are you most proud of?

Personally, putting myself through college. I was on my own at 17, and wasn’t sure I even wanted to go to college, let alone how I’d pay for it. I waited a year and half before tackling the various and daunting grant and loan applications that ultimately allowed me to attend school while working part-time in retail, folding and selling a lot of Levi’s. Sometimes I look back at that kid and wonder how she did it – and paid it all back. Regardless, I’m pretty proud of her.

Professionally, being able to say “I work for The Washington Post” makes me immensely proud.

Without question, my father is my role model. A child of the Great Depression, he grew up to be a Marine and a World War II pilot. After the war, he became a social worker, so he could help others – while raising seven kids on a social worker’s salary. There is basically nothing I have faced in my life that compares to the challenges he faced in his. His advice to me whenever I was struggling was to remember “it’s just change, and change is always good.” He’s been right so far.

My best friend of 30 years (!) does double-duty as both a personal and professional role model. Her advice as I’ve navigated my career – and my life – has been invaluable. She keeps me honest and reminds me to stop listening to those narratives I tell myself about myself.

And while I didn’t know Katherine Graham personally, I take very much to heart these words from her: “To love what you do and feel that it matters, how could anything be more fun?”

Wander out of your lane now and then. Being a lane-stayer doesn’t serve anyone well. And it makes it really difficult when you decide down the road that you want to do or be or try something completely different. Instead, be a hybrid. Be a unicorn. If you have the chance to learn a new skill, take it. Being professionally agile makes you all the more valuable. As an example, when I took the position at OAAA, I had never been a communications director, never spoken on the record, never written a press release. The skills learned in one role always inform, augment and benefit the next.

Learn to be fluent in a more universal voice that resonates across demographics. Today, people do things at different stages, versus different ages, so you need to be able to reach them no matter where they are on their journey.

Be hard on the work. Not on each other. Stolen from a former boss, this is so necessary for a collaborative, creative and nurturing environment.

Dirty John. Ronan Farrow’s Catch & Kill. The original Broadway soundtrack of Rent – because I’ve only just seen it for the first time! Hamilton. Taylor Swift. The Frames. And a whole lot of guided meditations and sleep apps.

My family has a long history of gatherings at Guapo’s. And Pines of Rome and Café of India. The vegan Sunday brunch at Equinox is a great special occasion place. OK, I’m really done!

My father wrote weekly letters to his family until his death at age 91. I have all of them and am trying to organize pieces of them into some kind of book. In my free time. Stay tuned.