The Washington Post reports it reached a significant milestone with 66.9 million monthly online visitors in October – a number, it said, that far surpasses its previous record month,

According to comScore, stated The Post, it also had nearly 770 million page views last month, a 95% increase year over year.  Of The Post’s total audience, 40% are millennials. The total number of mobile users also continued to grow, reaching 51.2 million—97.4% higher than last year. 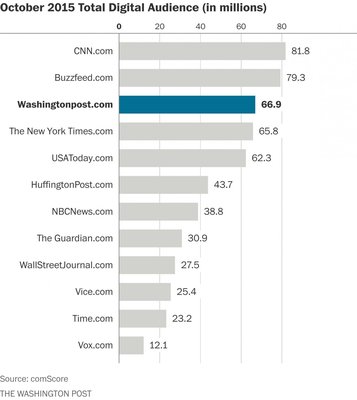