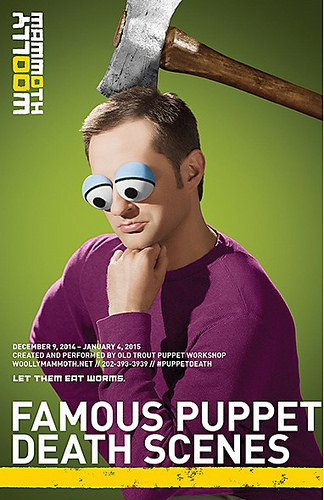 According to the CA story, RP3 “also wanted to help Woolly retain its reputation among the artistic vanguard for creating irreverent, rousing and visceral experiences that inspire impactful social discourse. Woolly and RP3 collaborated closely, down to the decision to use photography instead of typical marquee illustrations. “

Photographer Cade Martin, who is the man behind the lens of Capitol Communicator’s profile series, photographed the images for the Season 35 posters, which, continued the CA report, use “a unique portrait style to infuse warmth and humanity into the artwork.”

Communication Arts magazine has been described as the premier source of inspiration for everyone involved in visual communications.