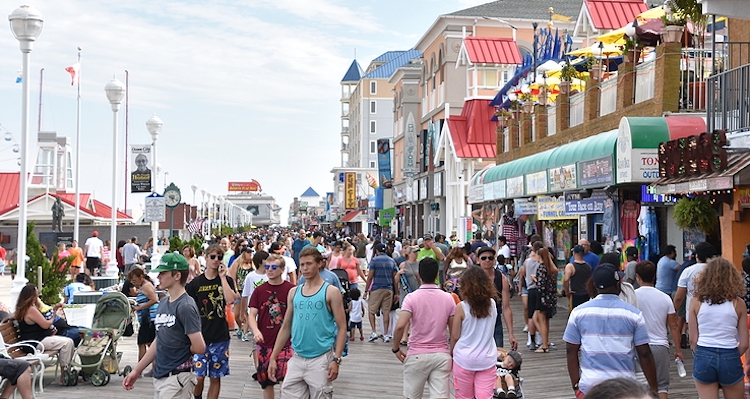 “Ocean City: Somewhere To Smile About” is new OC slogan

While Ocean City’s new campaign won’t be officially rolled out until the spring, resort officials and stakeholders got a sneak peak of sorts for the town’s new rebranding and marketing strategy, reports the Maryland Coast Dispatch.

Last December, continues the report, the Mayor and Council confirmed BVK Advertising as the successful bidder in a months-long process to find a new firm after 10 years “and the company hit the ground running earlier this year. In the months since, BVK Advertising has been working with the town’s tourism and marketing departments and private-sector stakeholders on efforts to rebrand Ocean City and develop strategies on how to retain its current visitors and attract new ones. (But), the BVK Advertising team and resort tourism and marketing department officials provided a sneak preview of the rebranding effort for Ocean City, which will officially be rolled out in the spring, at the Performing Arts Center in the convention center. The simplistic campaign draws on what attracts visitors to Ocean City, including the beach and Boardwalk, the nightlife, golf, fishing and the myriad of other options for vacationers.

“The rebranding campaign essentially encourages visitors to leave the stress of their daily lives behind when they arrive in Ocean City and embrace the resort’s “carefree” lifestyle. Carefree was a word used often during last Thursday presentation, a word used nearly as much as “smile.” The new slogan is “Ocean City: Somewhere To Smile About,” and the new logo is a simple but effective smiley face with the letter “O” for one eye and the letter “C” as the other eye with a smile underneath. The logo is somewhat reminiscent of the popular smiley face that adorned nearly everything in the 1970s.”