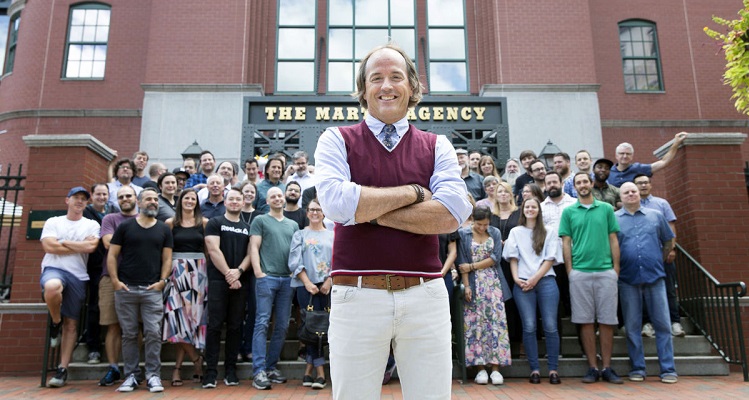 The Martin Agency, “Richmond’s international advertising superstar”, is facing its own brand crisis as it confronts allegations from multiple women and men who say their complaints about harassment and hostile working conditions were ignored for years, reports the Richmond Times-Dispatch, which added that in an exclusive interview with newly appointed CEO Kristen Cavallo, she said “she has no reason to doubt the accusations, and she’s seizing the opportunity to rebuild the reputation of the storied agency.

““I know some of the people that have come forth and I know them to be good and honest people. So I have no reason to doubt anything that happened,” she said in the hourlong interview at The Martin Agency’s Shockoe Slip headquarters.

“In the wake of the sudden departure of Chief Creative Officer Joe Alexander (center in photo) on Dec. 1, new allegations of misconduct have surfaced, and the agency has faced public criticism for how it handled the dismissal. The Martin Agency acknowledged that Alexander’s abrupt departure after 26 years was linked to sexual misconduct allegations after Adweek, an industry publication, ran an article Dec. 7 detailing some of his accusers’ stories.

“A source close to the situation said Alexander chose to resign when presented with “credible allegations of harassment” and that he did not receive any severance pay.

“Interviews by The Times-Dispatch paint a portrait of a sexually charged “Mad Men”-type culture in parts of the company.”

You can read the full report here.