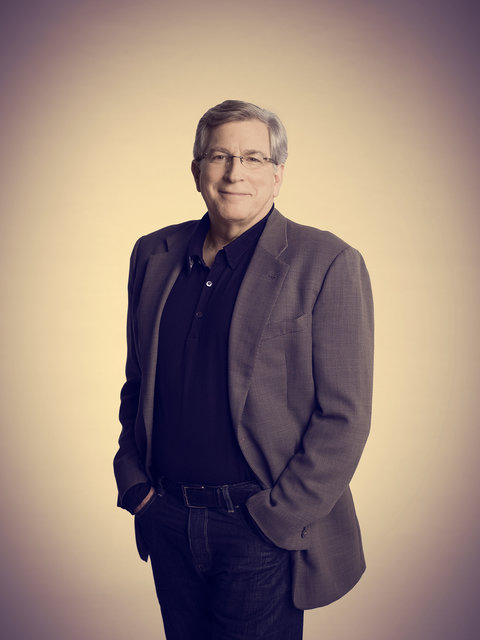 Capitol Communicator is running a series featuring profiles of communicators in the mid-Atlantic.  In this “up close and personal” profile, we feature Mike August. Photography for the “up close and personal” series is by Cade Martin; wardrobe styling by Pascale Lemaire for THE Artist Agency; and hair and makeup by Patti D Nelson and Janice Kinigopoulos for THE Artist Agency.

I am the founder and CEO of August, Lang & Husak, which celebrated its 24th year of business this past October. I am also that rarity – I’m an actual D.C. native. I started my advertising career in the newspaper business, working for The Sentinel chain of suburban newspapers, and began my ad agency career in the D.C. office of Needham, Harper & Steers, which now is DDB Needham Worldwide. After spending three years there working on the McDonalds and AMTRAK business, I joined Weitzman Advertising in Bethesda where I spent 14 incredibly happy and rewarding years, eventually becoming senior vice president and director of client services. In 1992, Bill Lang and I started August, Lang & Husak, and a few years later we were fortunate enough to be able to bring Chuck Husak in as a partner. Our agency began as a traditional full-service agency but has evolved into a more specific niche. The agency has consistently connected with clients who have a mission to improve the human condition, create positive social change, preserve our planet or simply to be a business that does things the right way.

I am a graduate of American University, and my wife and I are the proud owners of two West Highland Terrier sisters who came to us via Annapolis Westie Rescue.

I have been a member of the DC Ad Club since shortly before the outbreak of WWI – or at least it feels that way. Seriously, I have been a member for 39 years and served a combined total of 12 years on the board of directors. Since 2005, I have served as chairman of the Ad Club Foundation, which is the educational, charitable and public outreach arm of the Club.  In addition, I was a charter board member of the Anacostia Watershed Society, an environmental group dedicated to the cleanup and restoration of the Anacostia River.  And, for the last year or so, I have been involved with MCPAW – Montgomery County Partners for Animal Well-Being.

For starters, just staying in business for 24 years in a very competitive and tough industry. But, more importantly, I’m really proud of the fact that I think we have a reputation for integrity, delivering great work and employing some of the nicest and most talented people on the planet.

Who were your role models?

Personally, my dad was unquestionably my role model because of his incredible integrity, warmth, humor, love of people and work ethic. There isn’t a day that goes by where I don’t think about what my dad would do in a specific situation.  Professionally, it would have to be Alan Weitzman, who was my boss and hero for 14 years at Weitzman Advertising and who is unofficially chairman emeritus of August, Lang & Husak. Alan is, the most brilliant, creative and elegant ad man I ever encountered in the business.

Yes, in regard to my dad, he always told me to try and put myself in the shoes of the other person and try and see things from their perspective. As an owner of a business this advice has served me well on numerous occasions. It is a particularly important lens to have in the ad business on many different levels.  In reference to Alan, I wouldn’t say it was a specific piece of advice so much as it was just observing his relentless demand for superior creative work, and the importance of creating a place you were proud to work for and that was filled with talented, bright, funny and enjoyable people. He understood vividly the importance of, and difficulty involved in, assembling just the right team of people.

When you’re starting out, and throughout your career, you’re building your professional network, which is everyone you wind up meeting, working with, talking with – including clients, vendors and colleagues. Some, you’ll respect and admire. Some, not so much, but these are all people you’ll continue to cross paths with as your career unfolds. Be the kind of person they want to work with again, as there’s a good chance you’ll meet them down the road.

What’s appropriate attire for your agency?

We like to think that the people who work here kind of intuitively know what’s appropriate, and in what particular situation. People know our clients really well and have a good sense of what’s cool or not.

Lots of different places, but I’d say several of my favorite stores are Saks and Paul Stuart in D.C. ; and David Cenci, when I have the opportunity while visiting NYC.

I am a rabid – some might say obsessive – Washington Nationals baseball fan who is still in mourning over the debacle of this past season. However, after waiting 34 years for baseball to return to D.C. I remain an optimist, and I’m extremely happy and enthusiastic about the hiring of Dusty Baker.

Yes, thanks for mentioning that. I was extremely honored to receive those two awards, particularly from an organization that I believe does absolutely indispensable work for the local advertising and communications community in D.C. In fact, I would encourage anyone, whether they’re just starting their advertising career, or already a veteran, to join the Ad Club. Beyond just networking, it will also give you the chance to forge some valuable lifetime friendships, and it’s one of the best continuing education opportunities you’ll ever find.

(Stay current with items of interest to communicators at CapitolCommunicator, www.capitolcommunicator.com.)