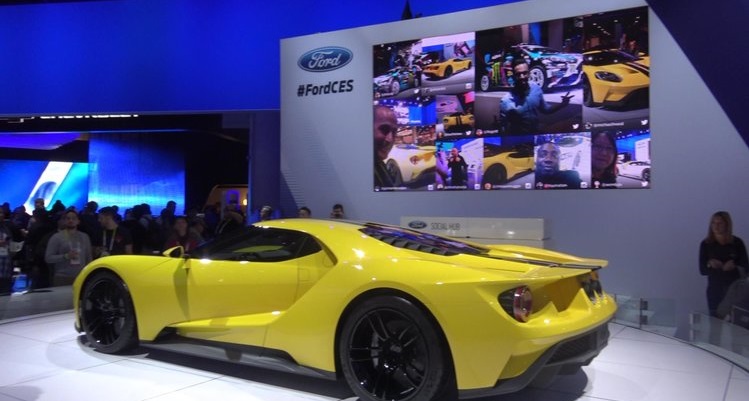 Every year, as our love affair with technology grows by leaps and bounds, so too does CES, the world’s largest gathering of consumer innovation.

Perpetually evolving, always transforming itself to meet the demands of a constantly progressing  genre, CES not only keeps pace with the industry’s ebbs and flows but, in many ways, it serves to both predict as well as actively contribute to its development.

At CES 2016 in Las Vegas, which ended Jan. 9, hundreds of new product concepts, ideas and applications were on display for more than 170,000 visitors; and of the concepts presented, five different categories seemed to loom largest.

And forget about it being the Internet of Things (IoT) … that is just SO 2015.

The clear benchmark was automotive tech as the concepts of the autonomous vehicle, the fully electric car, smart rearview mirrors, accident avoidance and connected automobiles dominated the conversation.

A close second was Virtual Reality (VR) and its closely-related cousin Augmented Reality (AR). Designed both for entertainment and commercial applications, VR and AR took giant leaps ahead from last year with companies ranging from the well-established Oculus, HTC and Vive Pre, to the dozens of entrepreneurial fledglings looking to attach their creative fabrications to a rapidly developing bandwagon.

Wearables continue to make their mark at CES, building considerably on top of their dynamic coming-out party at CES 2015.  This year, everybody had something wearable that provided data or helped communicate with another device.  Across all venues, visitors saw everything from smart shirts, suits, glasses, bras to fitness wearables and even pet health-monitoring pendants.

Not to be outdone, drones were also highly prevalent.  Some was enormous, many were miniscule, most were agile and several were smart devices.  Most related to photography and videography but some – such as The Yuneec Typhoon H – was actually a remote-controlled personal transportation device.

And what CES would possibly be complete without its finger on the pulse of the most powerful consumer device in the history of man, the television?

Giant screens were everything and everywhere, particularly in the Las Vegas Convention Center’s massive South Hall with resolutions topping out at 8K.  But the new buzzword of CES 2016 was high dynamic range, or HRD, which allows brighter colors and more prominent hues on the same screen at the same time.

But more than anything else, CES 2016 was the year of the startup.  Over 500 companies rented booth space at Eureka Park, the show’s marketplace for entrepreneurial incubation, and many longtime show visitors actually came away feeling that the startups wound up stealing the spotlight.

“While the big boys in the Convention Center always have new developments, product upgrades and new models to show, each year, it’s pretty much the same thing,” said Adel Hussein, who covers the show annually for World Liberty Television.  “Sure, there are often new products and some great things to see but to truly gain an understanding on what’s coming in the future, the place to be is Eureka Park.”

Tops among such innovation was an unparalleled boom in startup companies from France.  With 325 French exhibitors, including an astonishing 212 in Eureka Park alone, France served notice to the world that they are now a major player, with many emerging companies to watch.

So, looking ahead to 2017, is it even possible for CES to top itself?  Well, if this year’s continuous growth is any indication, you can assuredly bet that next year’s CES will continue to herald the magical momentum for technologic growth that’s certain to percolate over the next 12 months.