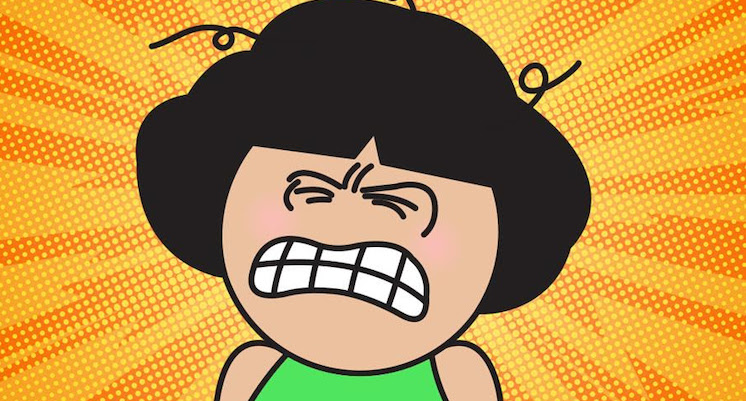 Does it seem like more people have a short fuse these days? That’s true according to restaurant servers, airline workers and customer service trackers. They’ve seen a wave of tantrums. At home, on virtual work calls and in grocery stores, many of us admit to blowups we soon regret.

To what do we attribute this shift in human behavior? Following a brief period of optimism, psychologists say the advent of the Delta variant makes the current evolution of the pandemic even more grueling than past ones.

In a recent article in the Wall Street Journal by Anne Marie Chaker, she reports this from psychologist Pauline Wallin.

“When you anticipate something is going to be temporary, you’re able to absorb a higher level of stress. When things don’t work out as expected it makes us more prone to be more aggressive with ourselves and with one another.”

Companies that track consumer behavior corroborate this. They’re seeing unusually high levels of crankiness and dissatisfaction. According to the American Customer Satisfaction Index, which tracks the behavior of 300,000 consumers across 46 industries, consumer satisfaction is at the lowest level since 2005.

According to Claes Fornell, founder of Ann Arbor, Michigan-based data analytics firm ACSI LLC, “people are prickly and demanding, and companies may not have the resources to provide all the products and services they did before the pandemic.”

Furthermore, he says, “The pandemic has caused product shortages, labor shortages and a supply problem. The gap between supply and demand-combined with unusually high levels of stress-is generating frictions that sometimes result in aggressive interactions.”

The airline industry is a particularly hot example. The FAA has initiated more than 750 investigations related to unruly passenger so far this year, compared with 146 in all of 2019. The same is true of the restaurant industry. In a recent poll of food-service workers, including servers, bartenders and hostesses, 80% said they either witnessed or experienced hostile behavior over virus-safe measures. This according to a recent survey from the California Berkeley Food Labor Research Center. Reports of poor treatment ranged from rudeness to sexual harassment  to sparring over mask policies, says Saru Jayaraman, the lead researcher on the report.

One restaurant in Cape Cod experienced so much hostility, they put a sign on the door that read, “If you cannot be kind, you cannot dine!”

Similarly, Chris Sirianni, Owner of The Brewerie in Erie, Pennsylvania, posted a sign that read, “BE KIND OR LEAVE.”

John Dick, chief executive of CivicScience, a research firm in Pittsburgh, says he doesn’t think people who are predisposed to losing their temper will change their ways simply because a sign asks them to be kind. He believes they feel they have been victimized by having to wear a mask and are retaliating. Still, he thinks it is important to draw firm lines in the sand. “If you don’t meet our expectations of decorum, leave,” he says.

In Texas at Ellen’s Restaurant, they anticipated angry responses from some customers and posted a sign that read,” Just in case you feel angry and want to call us names, we have prepared the following responses in advance.” The sign then lists all the names that staff members have been called, including traitors, communists and sheeple, followed by a reply.

“People take pictures of their families in front of the sign,” says Mary Maldonoda, assistant general manager at one location. “A few absolutely hate it and refuse to eat here. We tell them that’s okay and that there are restaurants down the street.

In February and March of 2021, 6,000 Canadians were interviewed with the help of the Angus Reid Forum to help understand mental health during the pandemic. Several patterns linked to anger emergence. The first was a perception of losing one’s personal autonomy. Others are angry at the government. Still others blame the media. For some, unresolved anger blended with powerlessness cultivates darkness.

“I have become extremely misanthropic,” said a 32-year old software engineer. “I cannot tolerate most people I used to like.”

Sometimes, resentment gets turned up a notch. “I hate having a s@*t job in a dying industry where I’m underpaid and have zero job security,” said a 32-year-old audio editor.

And you know someone is very upset when all-caps are deployed. “I HATE ALL PEOPLE,” a 74-year-old writer said. “POLITICIANS AND DOCTORS ARE ALL LIARS.”

Heaven forbid if a fourth wave COVID takes off. The “caps lock” key might be on permanently.