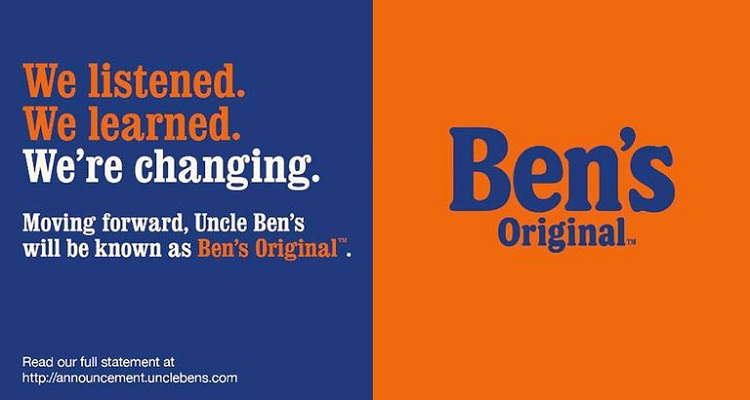 According to NPR, Mars, Incorporated, based in McLean, VA, is changing the rice brand’s name, “which has faced criticism for racial stereotyping. It said the change signals “the brand’s ambition to create a more inclusive future while maintaining its commitment to producing the world’s best rice.”

“Mars also said it will remove the image of the elderly Black man in a bow tie from its packaging.

“”We understand the inequities that were associated with the name and face of the Uncle Ben’s brand,” the company said in a statement. “We have committed to change.”

“The company is making good on a promise it made in June, when it and other major brands such as Aunt Jemima acknowledged their use of racial stereotypes and committed to making changes.

“That promise came amid a wave of reactions from businesses and corporations following nationwide protests in the wake of the police killing of George Floyd in May.”