Home » What Does a Brain/Machine Interface Mean for Marketing? 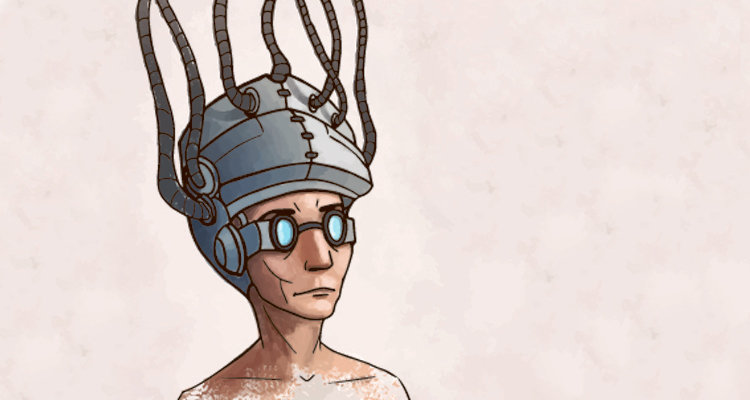 What Does a Brain/Machine Interface Mean for Marketing?

What does a brain/machine interface mean for marketing?

What if your brain was connected to a computer and you could tell it what to do just by thinking?

Scientists have shown that they can create computer interfaces that sense, interpret and display a person’s brain waves, eye movements and facial expressions. This has been particularly helpful for people suffering from physically debilitating diseases like Lou Gehrig’s Disease, who find themselves trapped inside their own bodies and can’t speak, gesture or otherwise communicate.

The challenge has been to find cost-effective ways to harness this technology for consumer use outside of a laboratory.

One computer scientist by the name of Paul Gnanayutham at England’s University of Portsmouth School of Computing is trying to do this by taking a generic, relatively inexpensive interface, loading its software onto a laptop, and writing new code to customize the device to meet the needs of different patients with different capabilities.

Probes on a special headband can detect minute surface electrical signals resulting from brain and subtle muscle activity. He does this by using electrooculography to sense eye movement, electromyography to sense the twitching of forehead muscles, and electroencephalography to sense brain waves.

For the past three years, he’s been working with Jennifer George, a Doctoral candidate at England’s University of Sunderland. As part of their research, they’ve been able to teach patients to control a computer cursor using facial muscles by frowning or relaxing their faces to move the cursor up or down, and eye movement by looking left or right to move the cursor.

Interfaces that connect computers to the brain and body are still in their infancy. Nonetheless, Gnanayutham is hoping to create an affordable and highly usable brain and body computer interface in the next three years. However, the path ahead is not without problems, not the least of which is the fact that, thus far, customized software has been necessary for each patient, which makes the price prohibitive.

Ironically, gaming companies might provide some of the answer. Emotiv Systems, Inc. uses a similar interface technology for its EPOC headset to let players use their own brain activity to interact with the virtual worlds where they play. The headset has fourteen sensors attached to the ends of a series of what look like stretched plastic fingers. The sensors use an electroencephalogram (EEG) to detect patterns produced by the brain’s electrical activity and transform them into actions in the way a joystick might be used.

“What I would like to do is create portable devices that can be used by anyone,” says Gnanayutham, “and make this technology available to the general public so that many will be able to use this as a communication and recreation device on a daily basis.”

Meanwhile, in a conference room in MIT’s famous Media Lab, Grace Leslie is closing her eyes, breathing deeply, and using her brain waves to paint. She’s wearing a wireless headset that reads EEG activity. As the activity in her head changes, so does an abstract image on a screen at the front of the room.

“Your head is like a fish tank,” she says. “Let all the water out.” As the mental “water” drains away, a pinkish-purplish blob on the screen slowly changes from a vibrant fuchsia color to a warmer earth tone. The more relaxed she is, the deeper the red and brown hues become.

Leslie is a postdoctoral fellow in the Media Lab’s Affective Computing Group. She makes an experiment like this look easy. It isn’t and few of her students can do it. Leslie teaches a crash course in brain-computer interfacing. In it, her students consider such things as a mind-controlled laser pointer and an app that uses brain waves to measure how sleepy a particular meal is making the user.

All this is to say that controlling a computer with your brain may be in the offing, but it’s going to take a while before you can sit in front of your computer and write novels without typing, or create layouts of advertising ideas just by thinking about them.

And what if this became a two-way street? In other words, what if the computer could activate a communication directly with the person it’s connected to. It would become a whole new and different kind of media channel. Just think, we could transmit advertising messages directly to a person’s brain. Bingo!