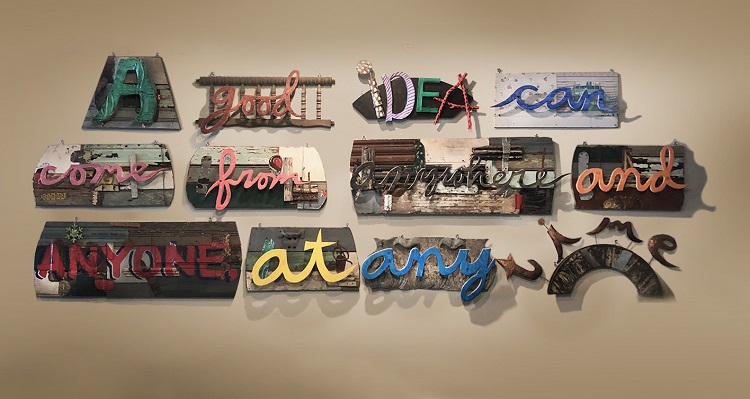 I’ve had the great good fortune of working for some of the top creative agencies in the U.S. and I’ve discovered that there is a simple secret to producing great creative work that’s not discernable to most outsiders. Ready for it?

The secret is great account people.  Yes, I said account people, that group of agency executives sometimes disparagingly referred to as “suits.”

Of course the creative team and the planners and the rest of the agency team all contribute to the success of a creative effort.  They play essential roles and an effective, engaging campaign could not be created without their contributions.  But a strong account person is the secret sauce that, at the end of the day, makes it all work.  And in my experience, they’re harder to find than a good creative.

A great account person protects good work and has the ability to move folks away from boring work.  They serve as the middleman, sandwiched between normal functioning human beings and the rest of us nut jobs, more familiarly known as creatives.

As a creative for 40 years, I look back and realize that my nuttiness is what was needed sometimes, but it had to be balanced with a sane person who appreciated my eccentricities and knew how to help me perform my best work. And believe me, it’s not an easy task. The client thinks the account exec is beholden to his/her agency while the agency thinks the account exec is pandering to the client at their expense.  That’s a recipe for disaster when not handled by skilled hearts and minds.

I’ve seen it time and again.  When I was at Chiat\Day, Jay Chiat used to tell us that we were too quick to cave in to criticism, that we needed strong people to surround us and guide our efforts.  He was talking about the account folks, the “suits” who stepped in and made sure we stayed the course. And as I now own my own agency, I see very clearly that Jay was right.

Even at Arnold when the work was killer on VW, it was the account people who were ultimately responsible for the campaign’s success. It was the same at The Martin Agency.  The reason is because all of the great agencies are a business first, and it’s the account men and women who keep that in mind.  They know great creative is essential, but they also know great creative consists of a lot more than a clever headline and a snappy, colorful visual.

So to all you marketers out there, if you’re getting great work from your agency be sure to congratulate the entire team—not just the nutty creatives.  Remember that it’s a solid team effort with professional, inspired leadership that makes great work. Otherwise the work is like a blasting fire hose without anyone controlling it.